In 2019, The Open Group, preparing for the Venice Biennale, took a brave but utopian step — tried to compile a list of all "living Ukrainian artists." Anyone who considered themselves part of the contemporary Ukrainian art scene could join this list without a pre-selection.

According to the press release and e-mails received, those who filled out the open questionnaire learned that: "officially you are an artist of the 58th Venice Biennale" and "during the project, a hard drive with data from all project participants will be donated to a non-existent State Museum of Contemporary Art of Ukraine, and in fact will launch its collection. " By this act, 1,143 individuals, on the one hand, desecrated the status of a participant in the Venice Biennale and, on the other hand, actually legitimized their role on the national artistic scene.

Sergiy Petlyuk takes this open list as a basis in his new work, raising the question: who is the Ukrainian artist in local and global discourses, what is his / her visibility, what kind of art market (if any) exists in Ukraine, and what role the local art institutions play in all of that.

A creeping line with the above-mentioned list of Ukrainian artists encircles and captures the gallery space. Each name is followed by numbers resembling the indexes of brokerage exchanges, but unlike the latter, these numbers bear no meaning — it is just an imitation, an arbitrary set of numbers that the program randomly illuminates. 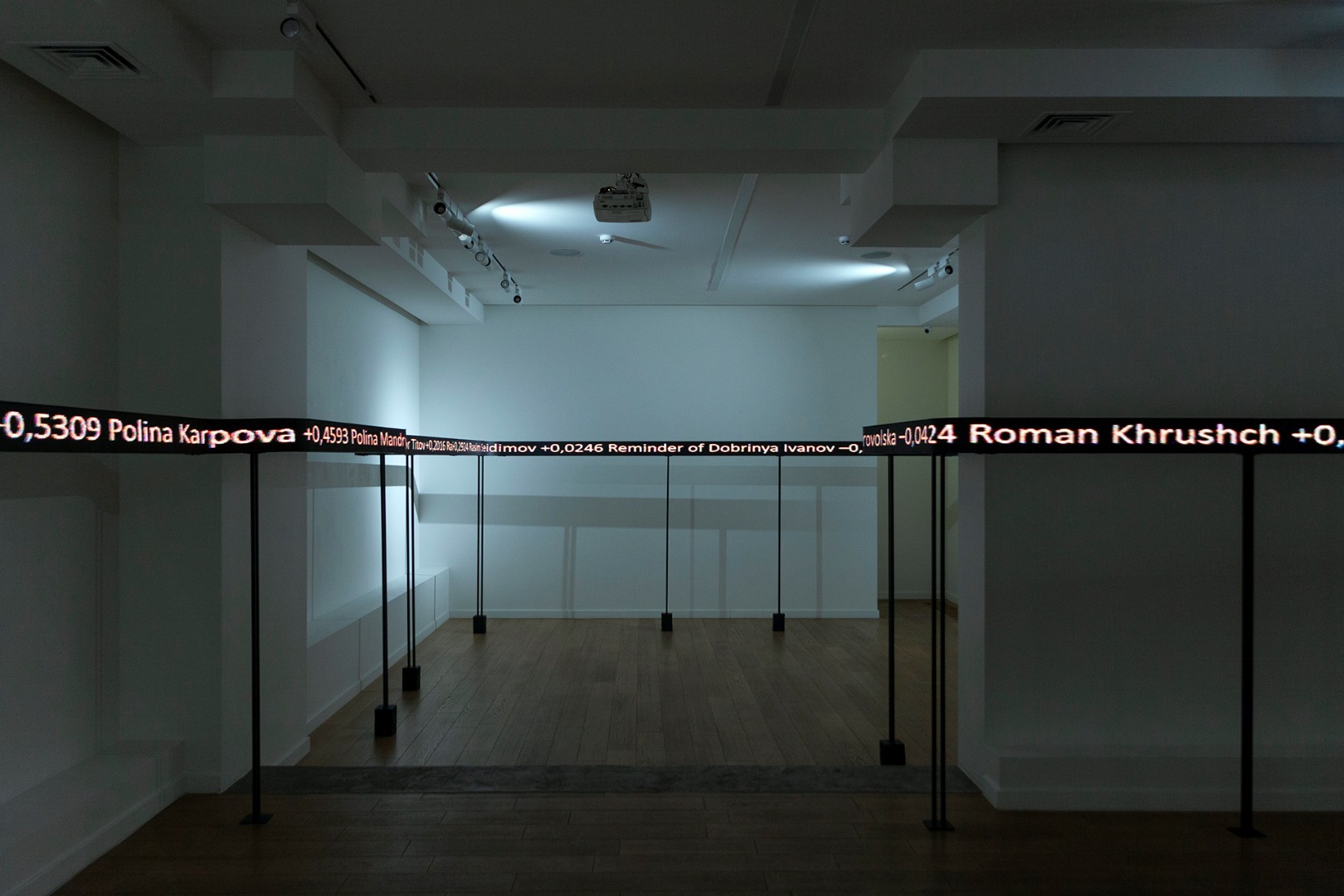 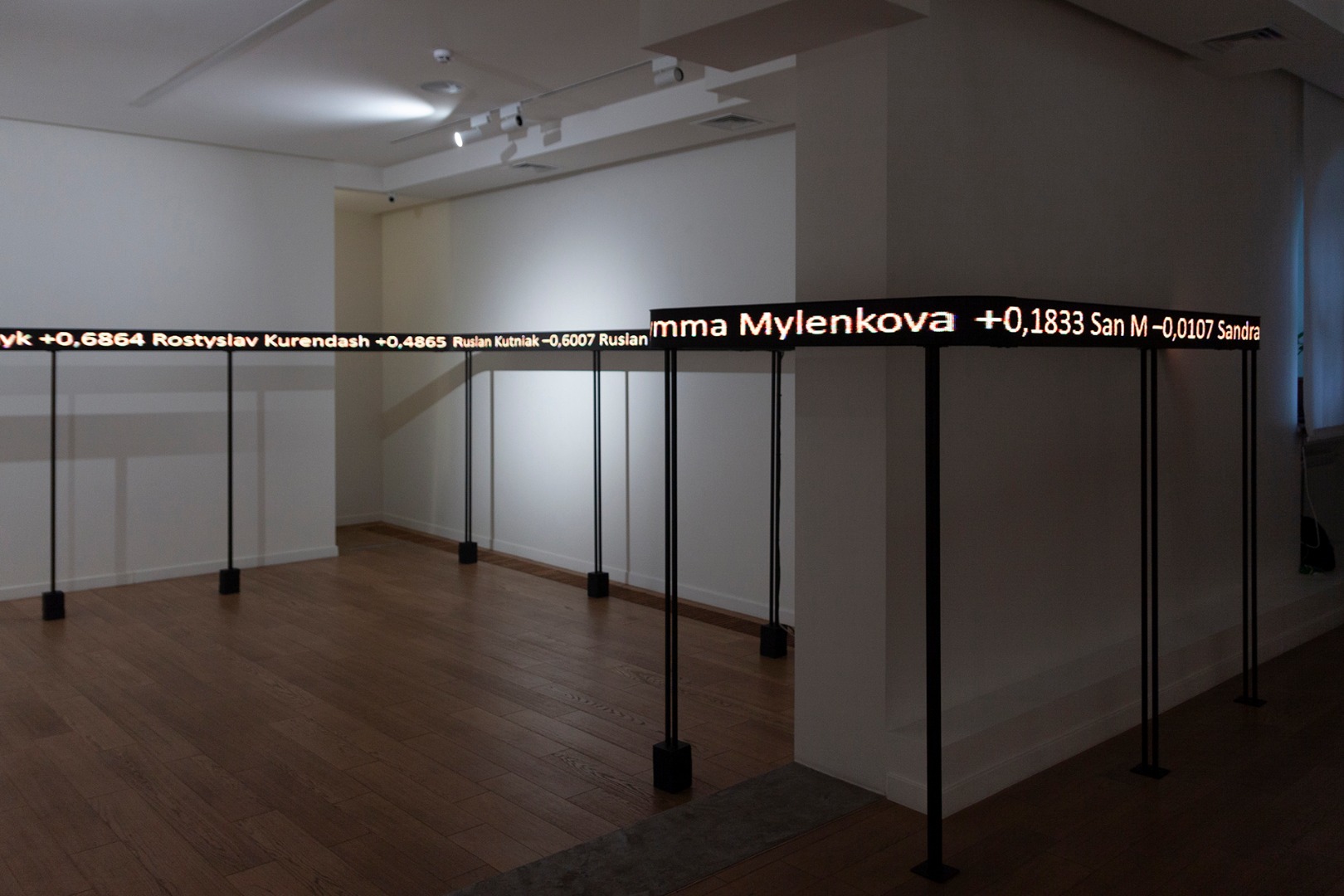 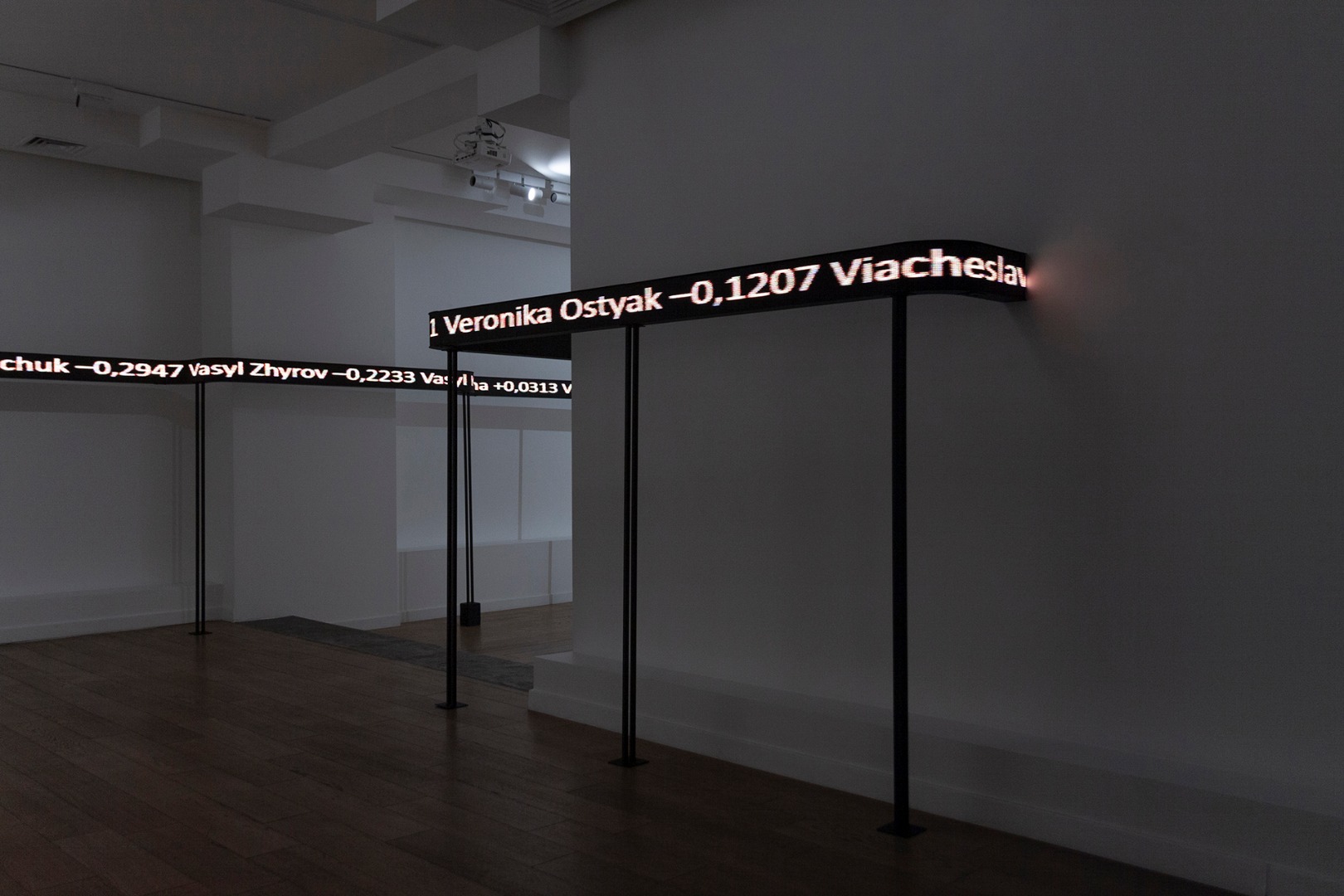 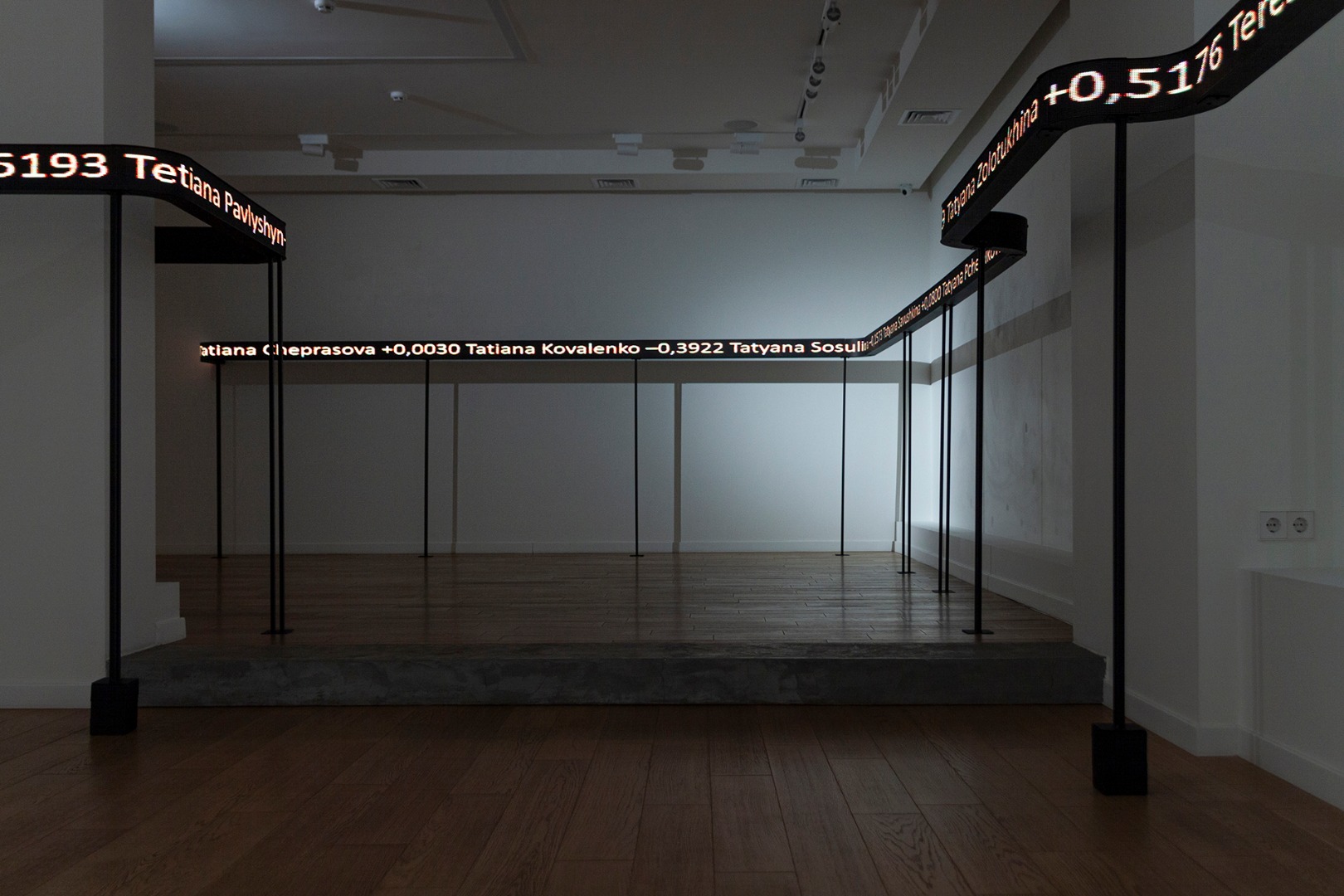 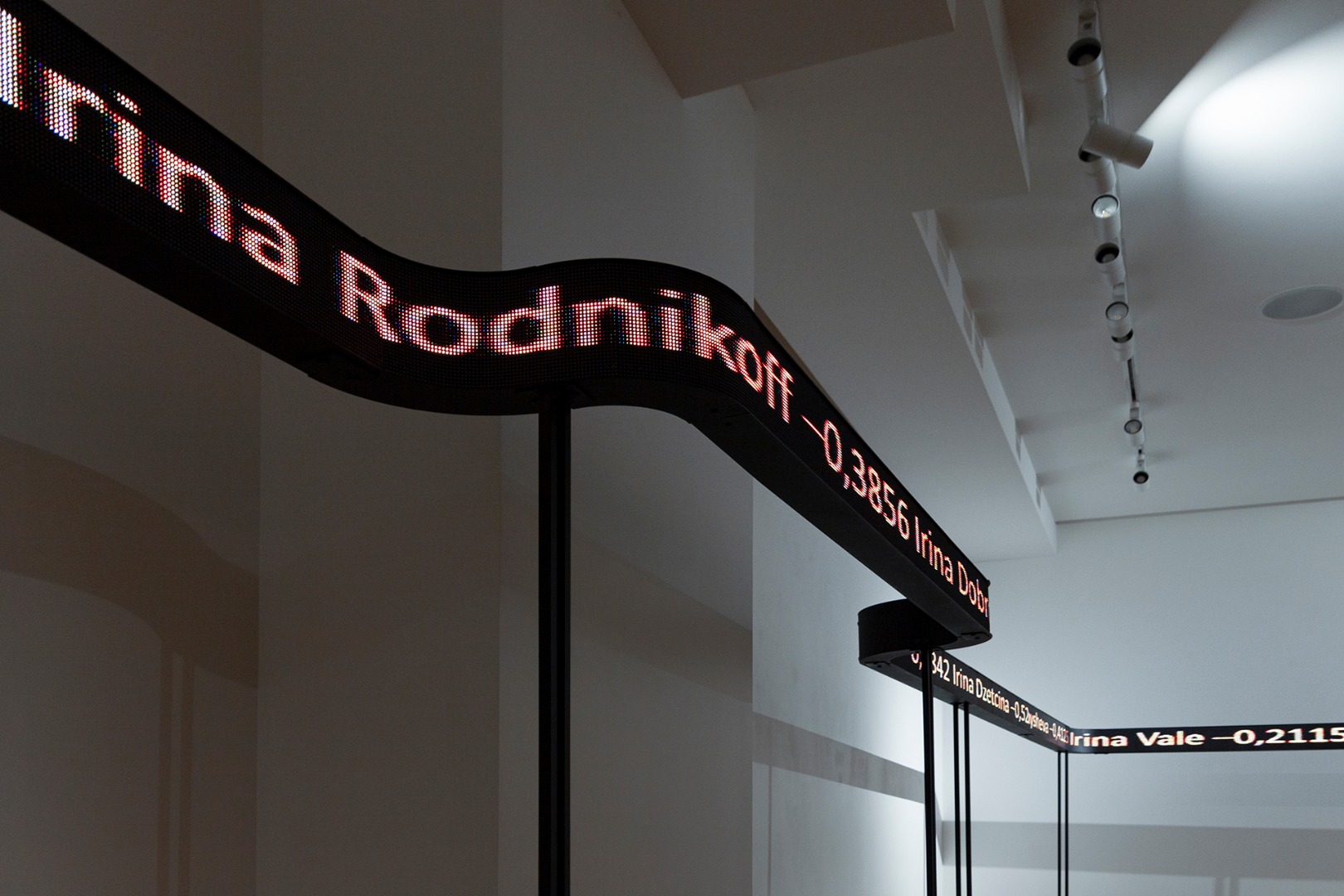 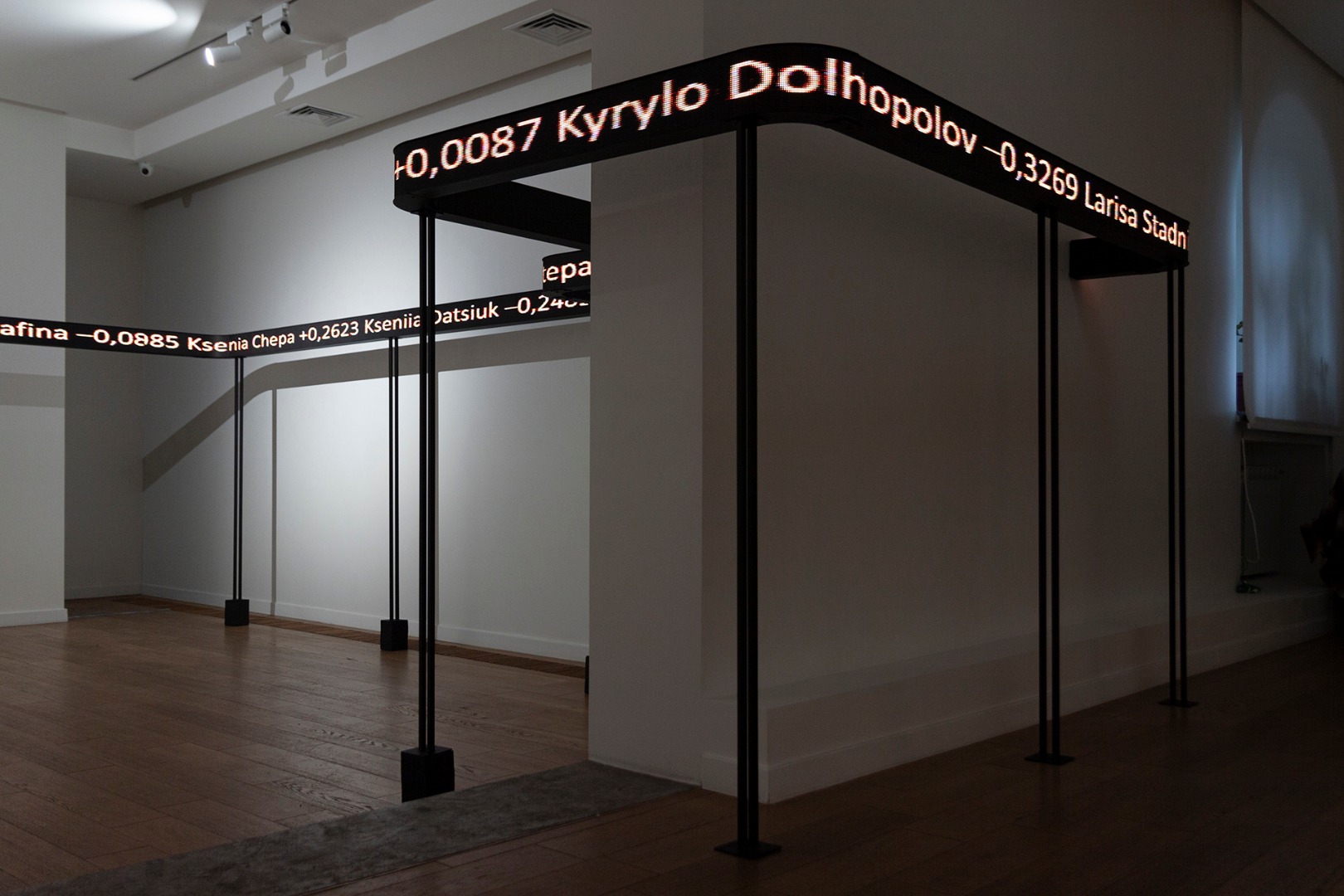 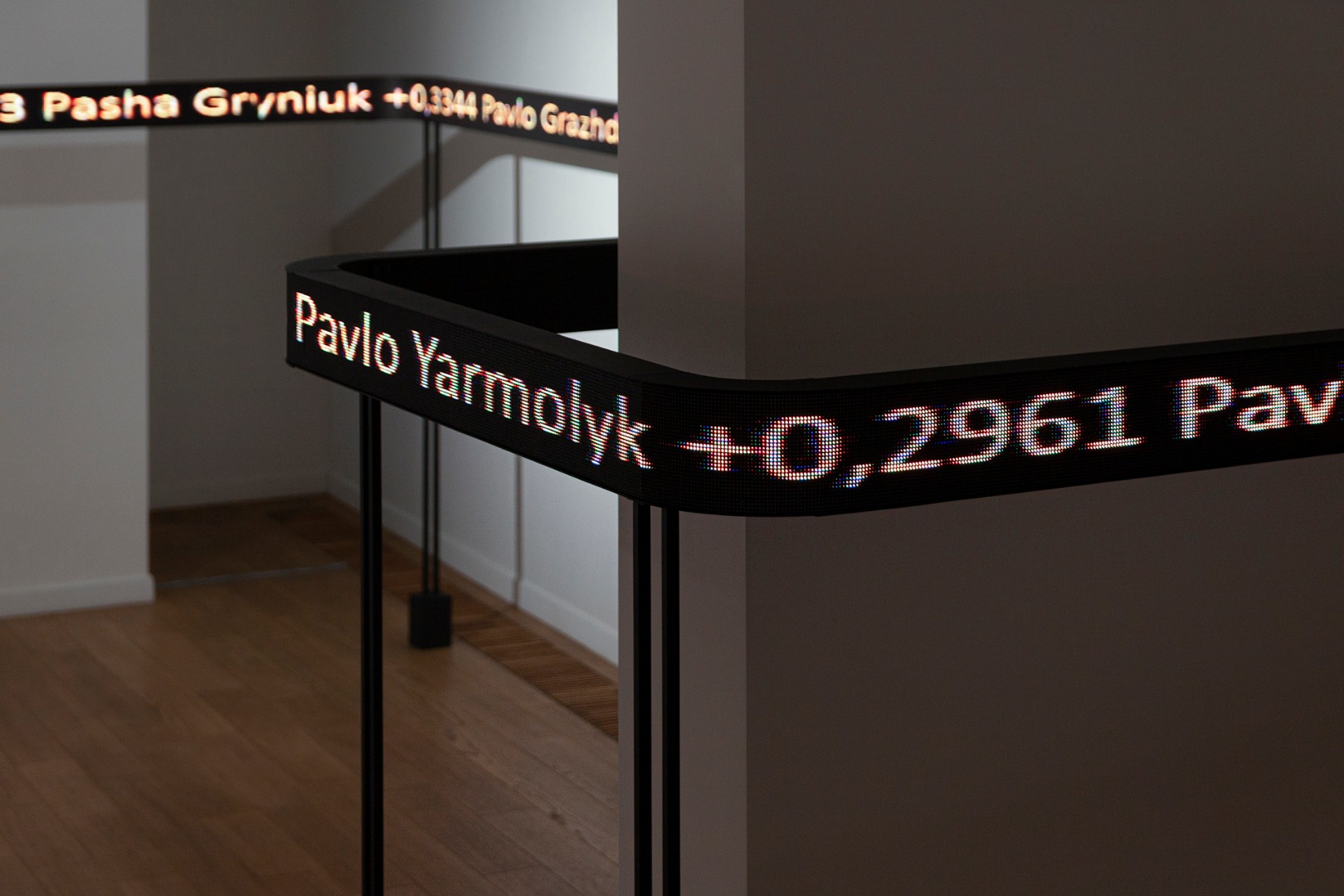 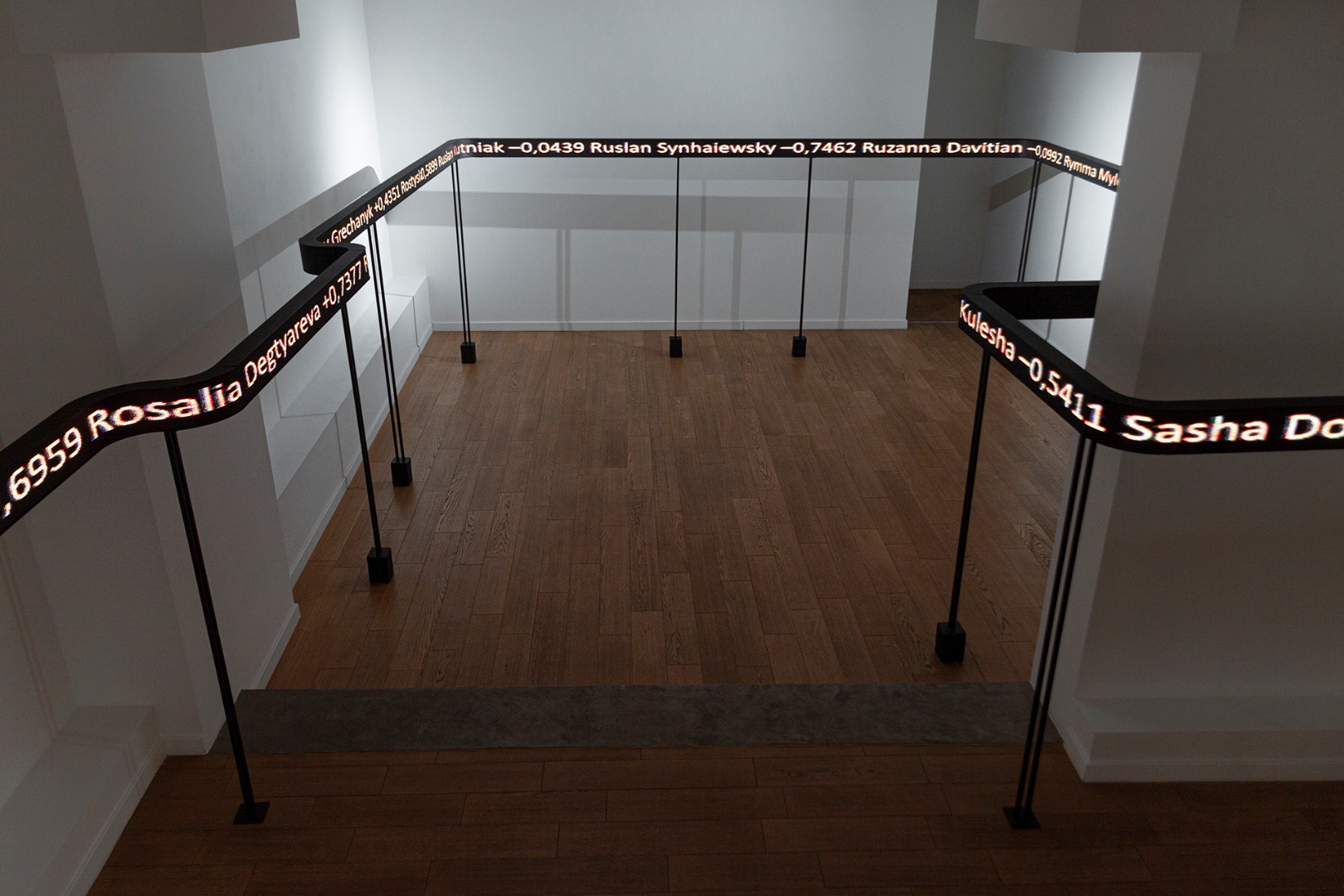 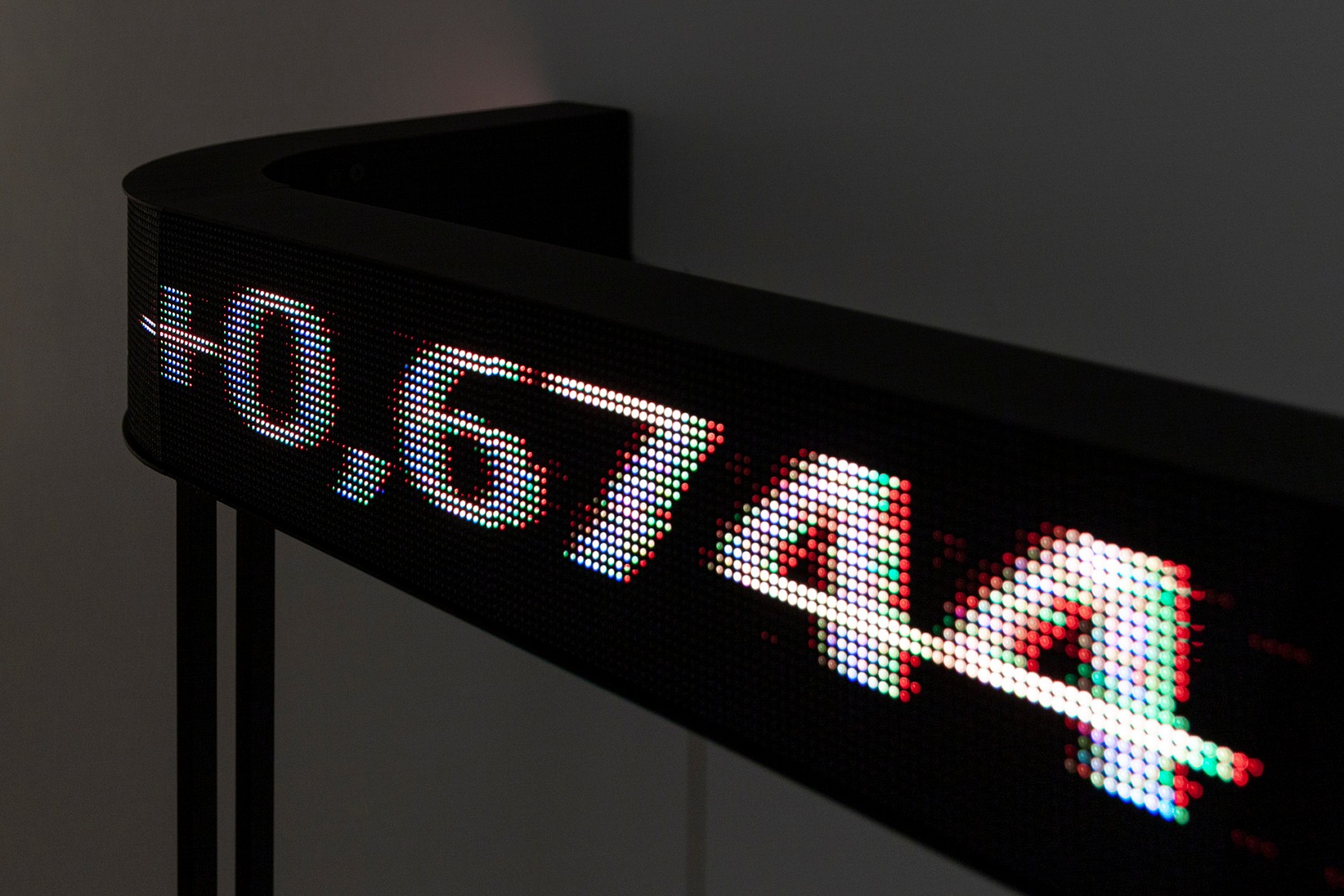