Sergiy Petlyuk’s idea of Great Mental Wall refers to the development of civilization, particularly to one of its key foundations – the image, on which the contemporary world is based, entirely depending on providing, exchanging and transforming information.

The installation employs technical and technological means recorded in our social and historical awareness. Its task is to symbolically show the distortion of reality by manipulating the image. 25 modules, each equipped with a screen, a camera and a computer, together form a “wall” of video images. Connections between cameras and screens are non-conforming, which results in a skewed image of reality observed by the installation.

Perversely named Great Mental Wall, the work reveals the temporality of contemporary digital images. This wall of screens neither visually alludes to the Great Wall of China nor has a timeless character. Dynamically appearing images stopped for a moment on the computer's memory are played back with a delay. Being inconsistent with the current moment, they cause a feeling of excess, visual chaos, and inadequacy of the message. This contemporary "mental wall" is certainly made not of stone. 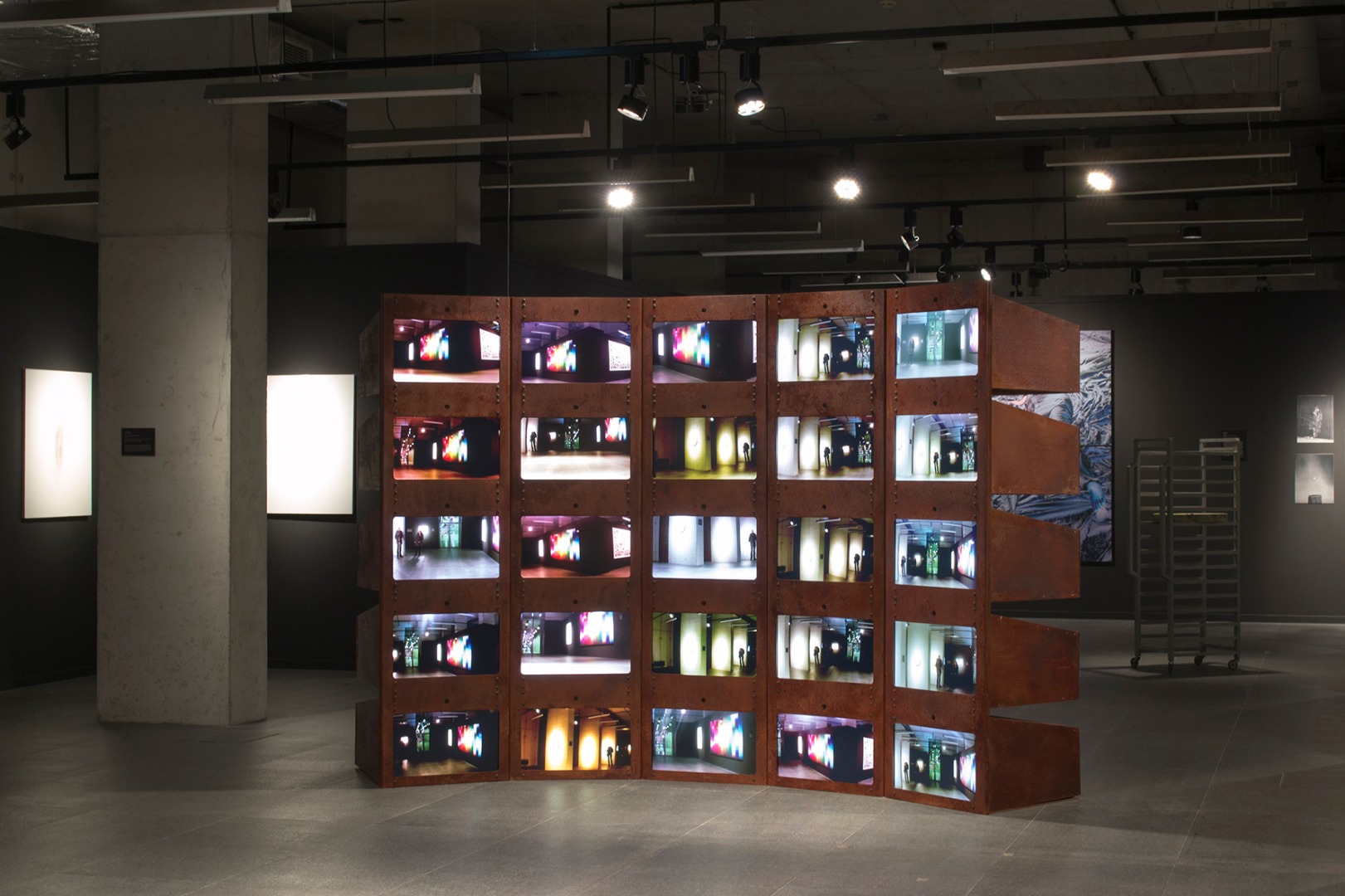 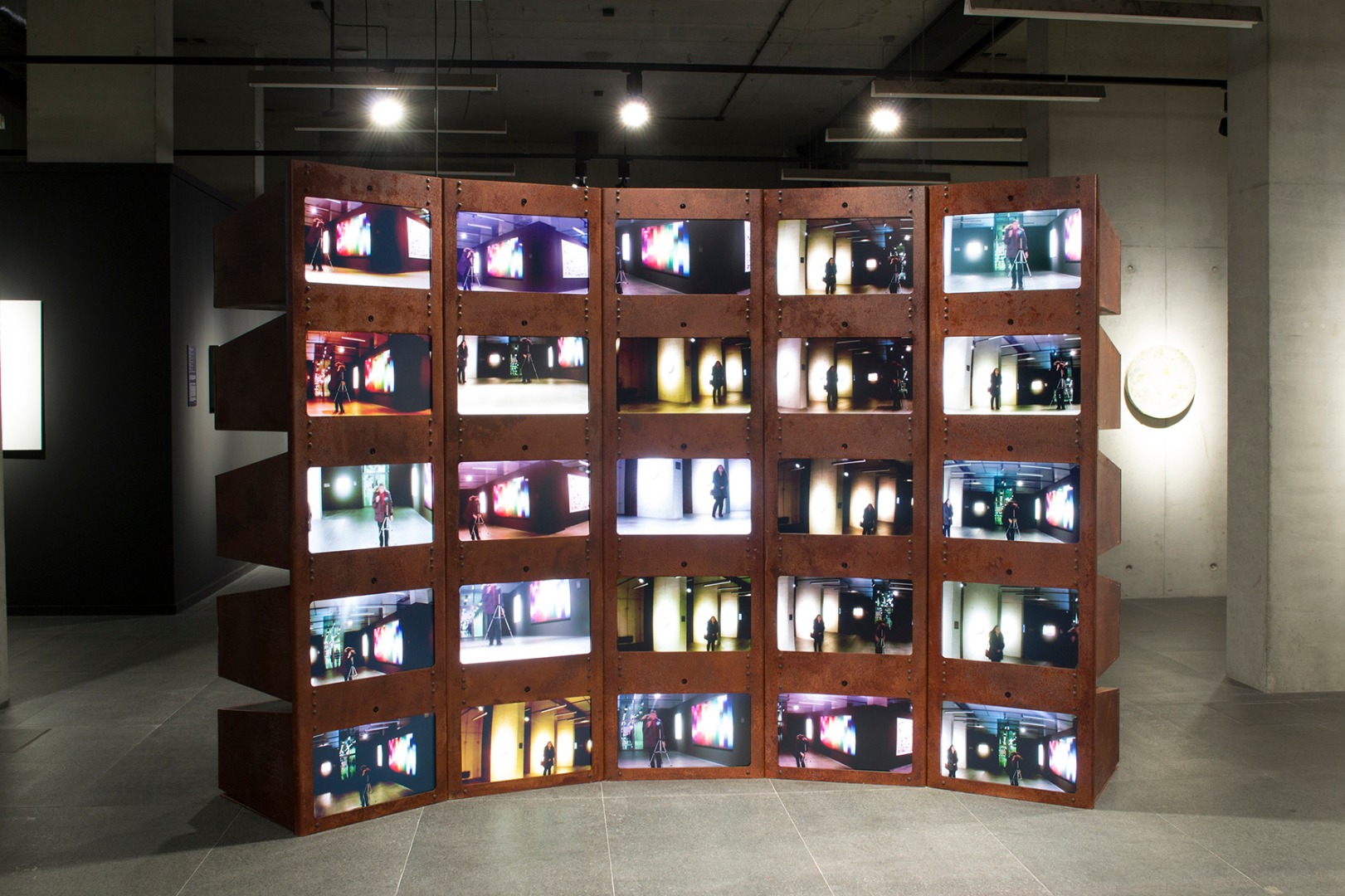 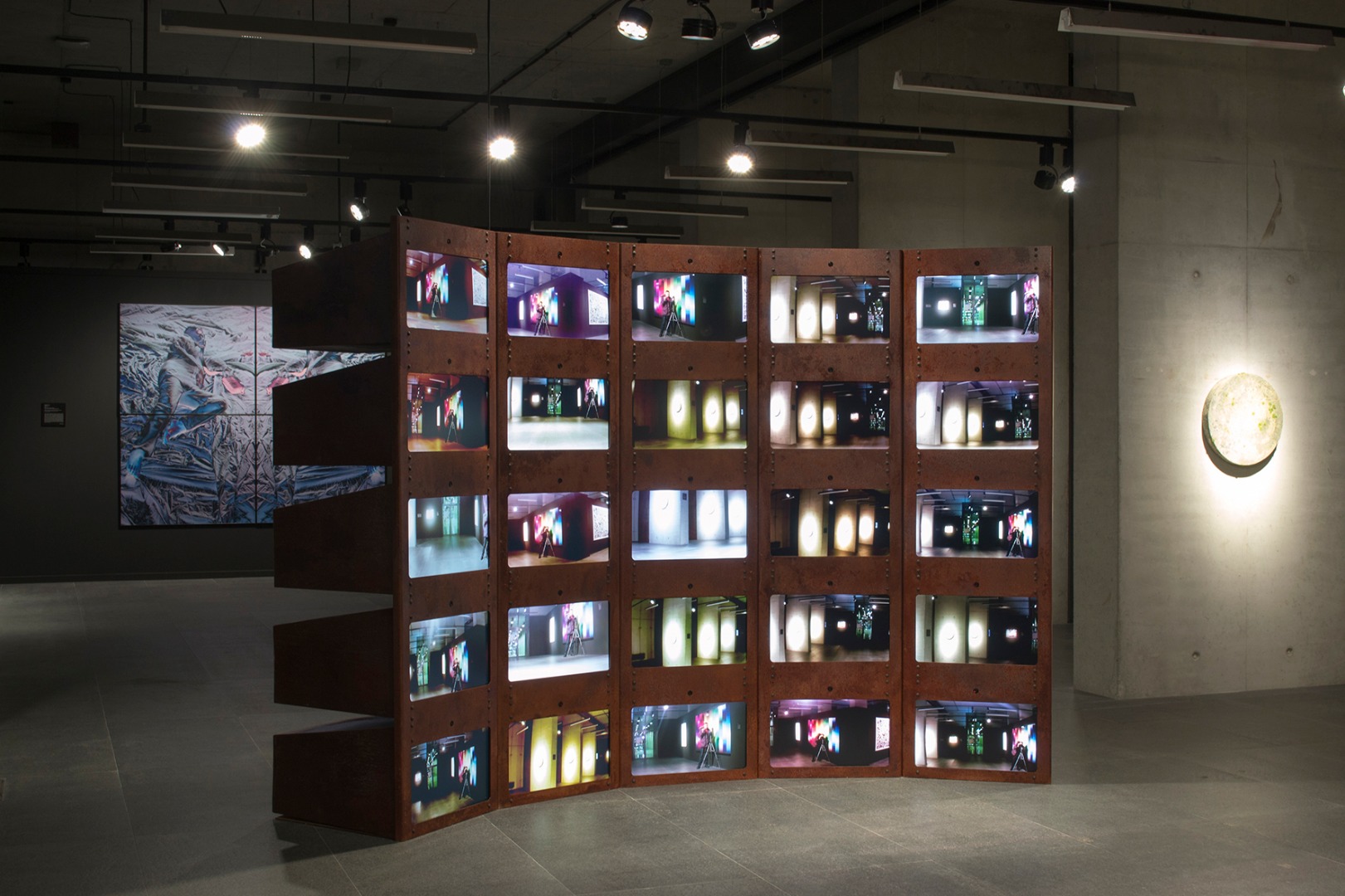 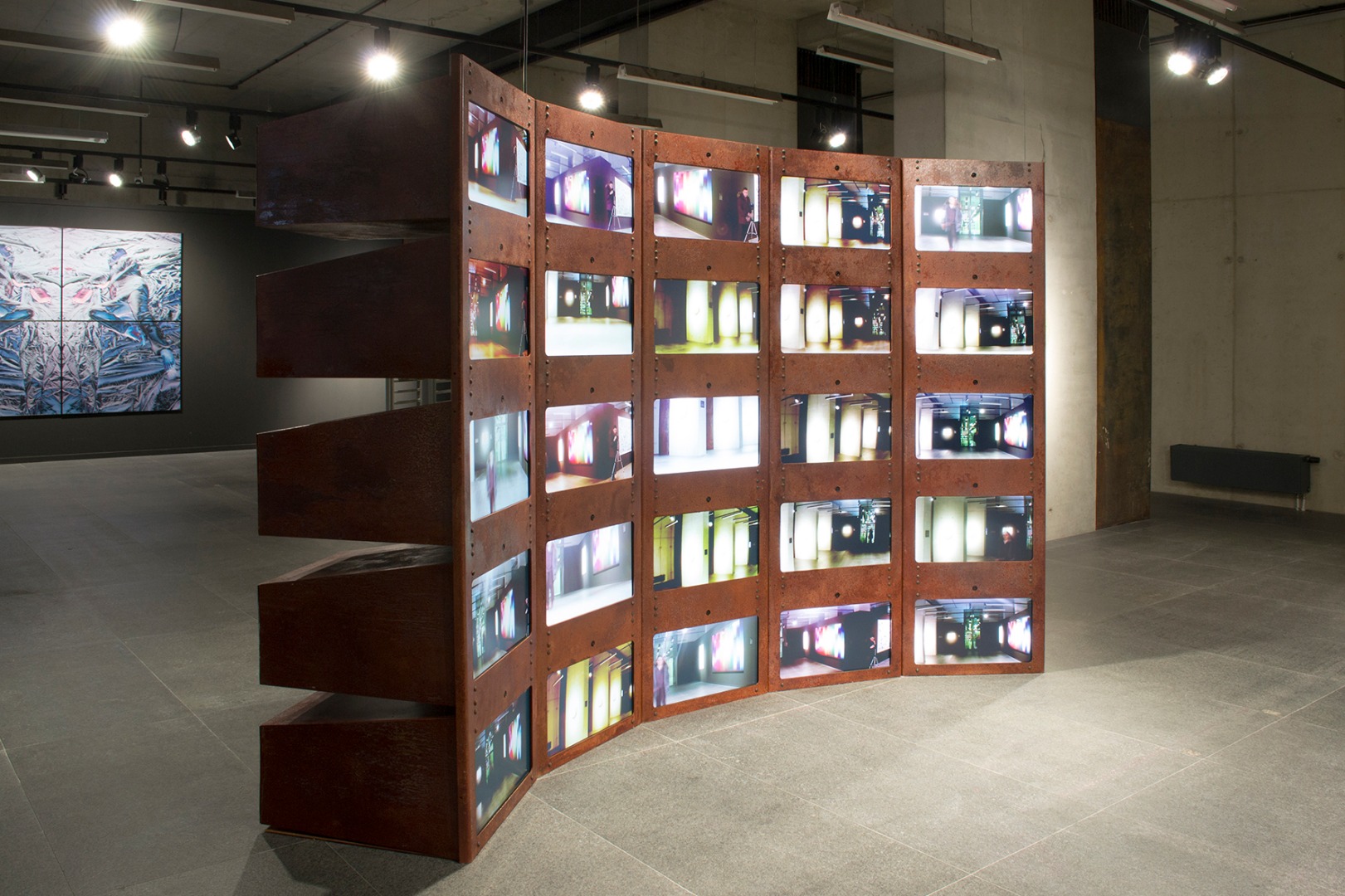 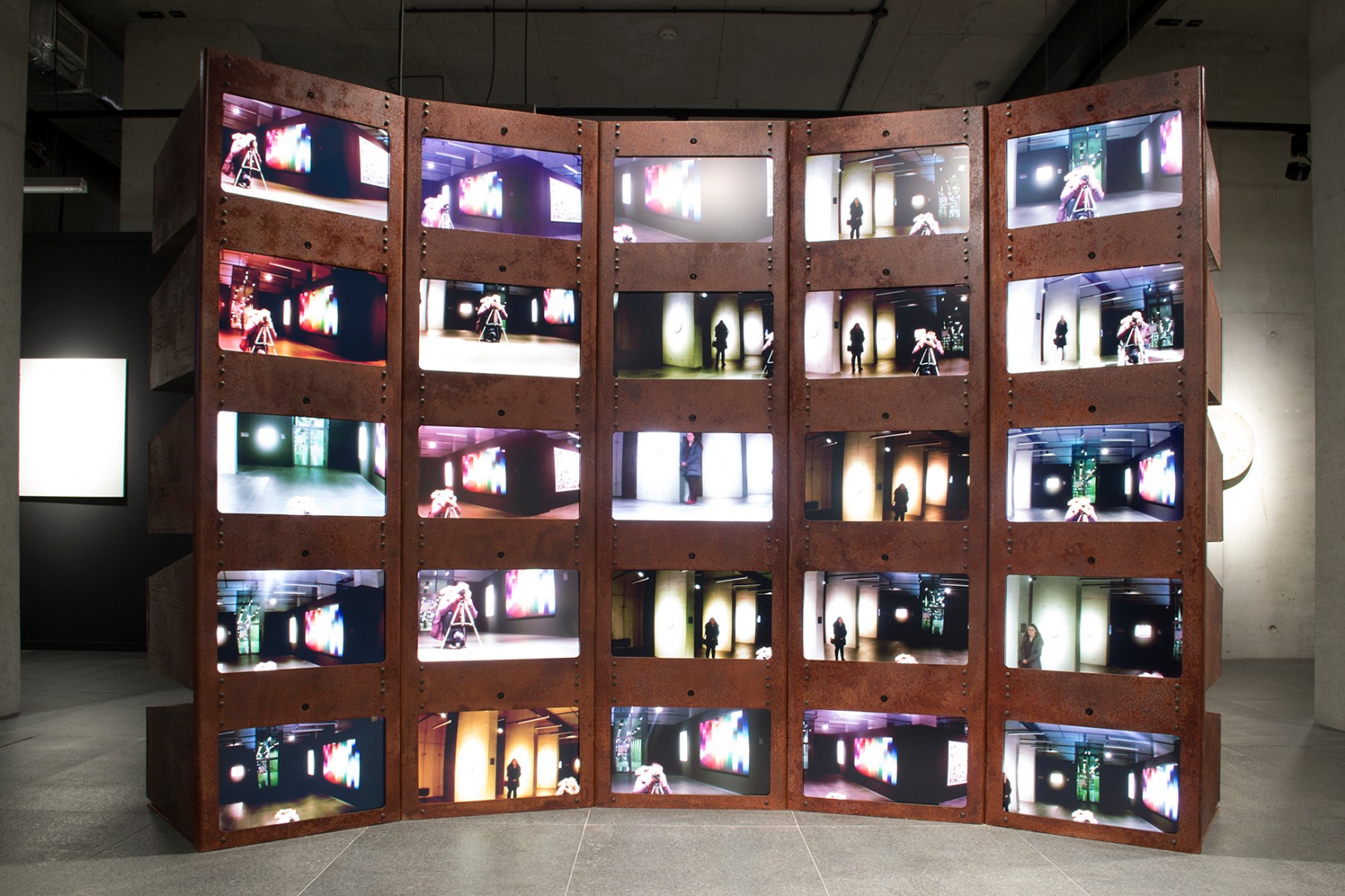 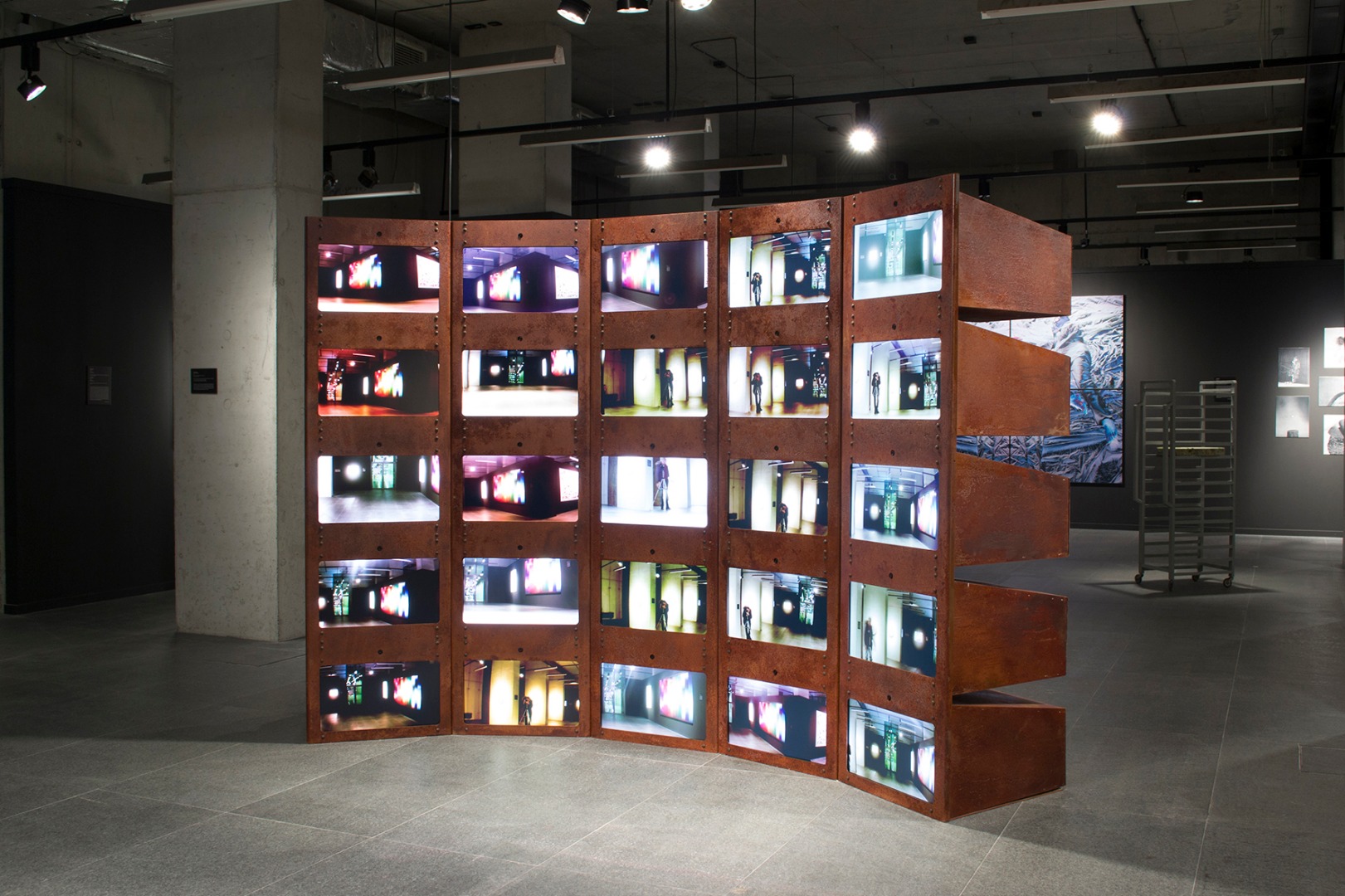 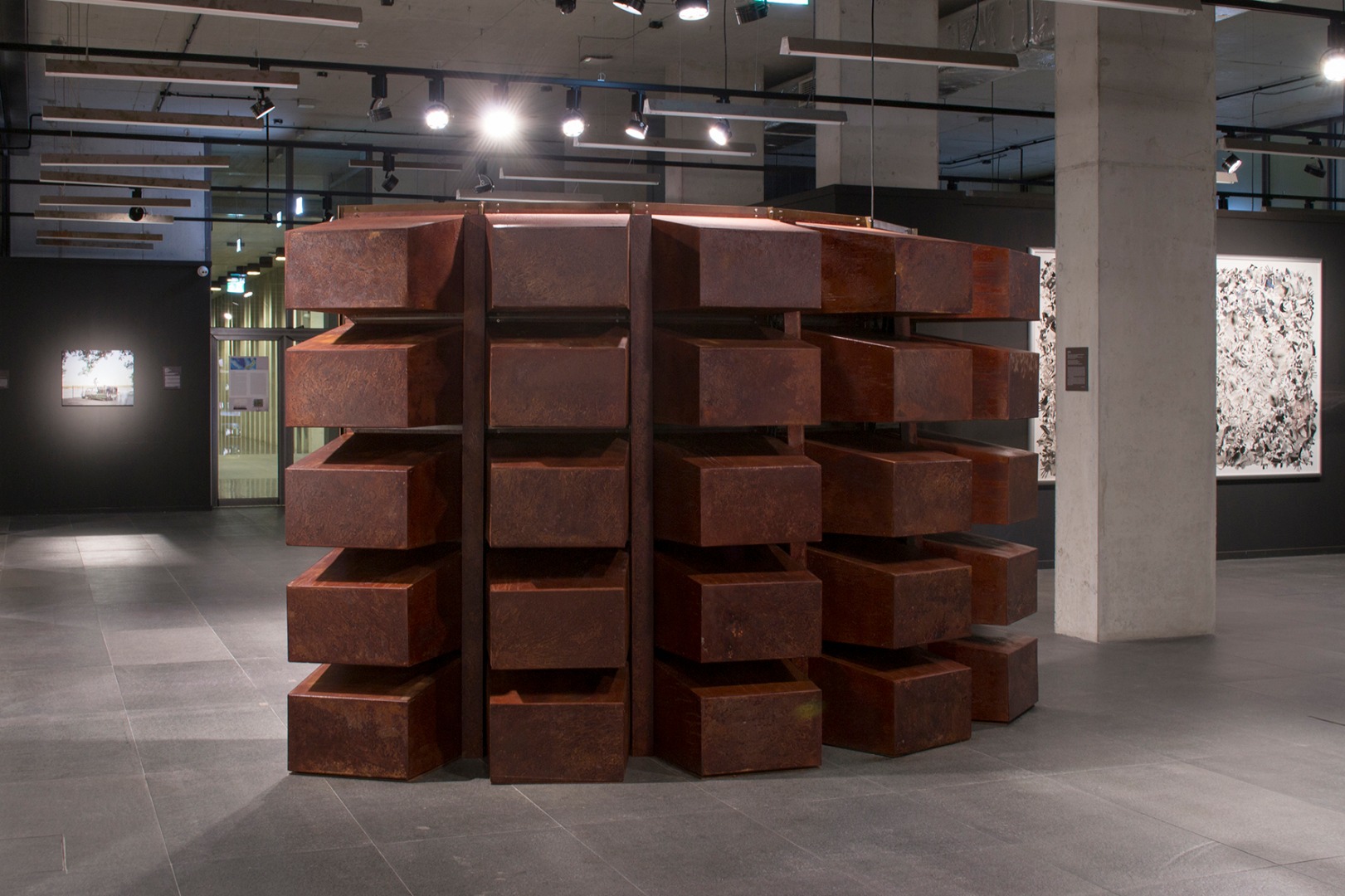