In 2012, during my artist-in-residence program at the Dayton Art Institute, Dayton, OH, I created two projects under a common name Empty City. I tried to reflect on an unusual for me, a resident of Eastern Europe, lifestyle in the middle-sized American city. Back then, I was astonished by the almost complete absence of “life” in the city's public spaces. There were lots of parks, squares, and playgrounds but almost no people using them. During the weekends especially, unlike European cities, Dayton's downtown was dying out, turning rather into film decorations and creating a truly post-apocalyptic landscape.

Although Dayton saw significant growth between the 1940s and the 1970s, since the 1980s, its population has drastically declined, mainly due to the loss of manufacturing jobs and the decentralization of metropolitan areas. New, modernized shopping centers and the Interstate Highway System allowed workers to commute greater distances and families to live further from the downtown area. One more important factor contributing to this “depopulation” of the city center was the national housing crisis that began in 2008.

My personal experience of living through the emptiness and alienation of the nearly deserted Dayton transformed into the two-part video installation. Part one is a one-channel video compelled of the prerecorded views of three different public spaces in the central part of the city. The video is largely silent, with the added sound of inexistent buzzing crowds that turns up only when the lonely car drives through, appearing in the frame. If this part was shown indoors, at the Dayton Art Institute, part two was executed in the public space of Dayton downtown. It is a large-scale two-channel video projection on the building's wall, depicting portraits of people whom I met during my residence. They are continuously closing and opening their faces with their hands. The sound of busy streets turns on when a person opens her face. 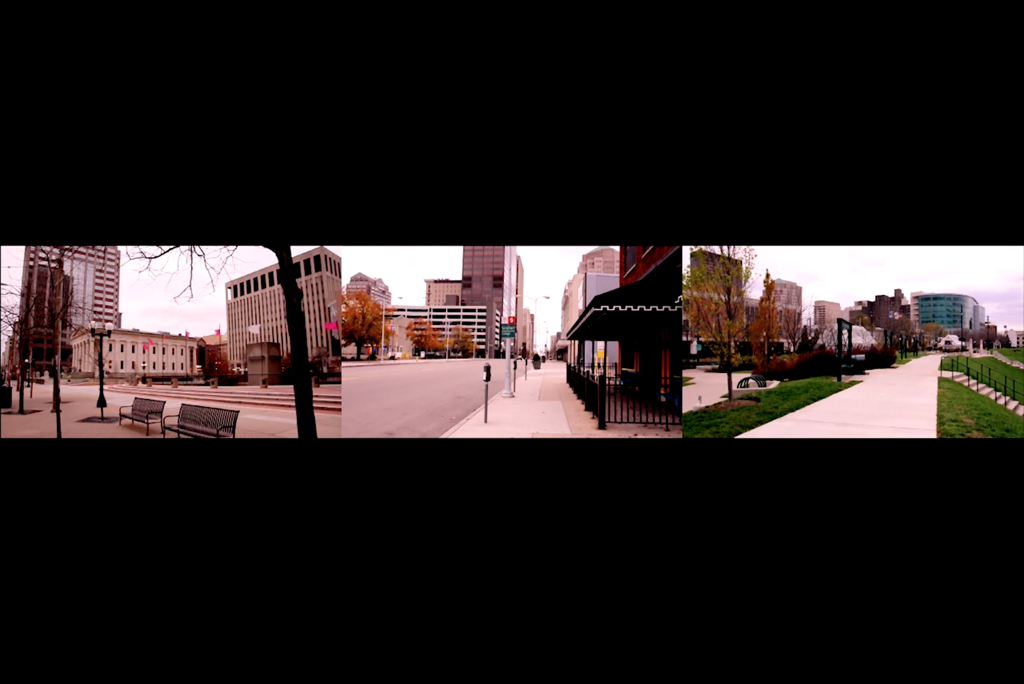 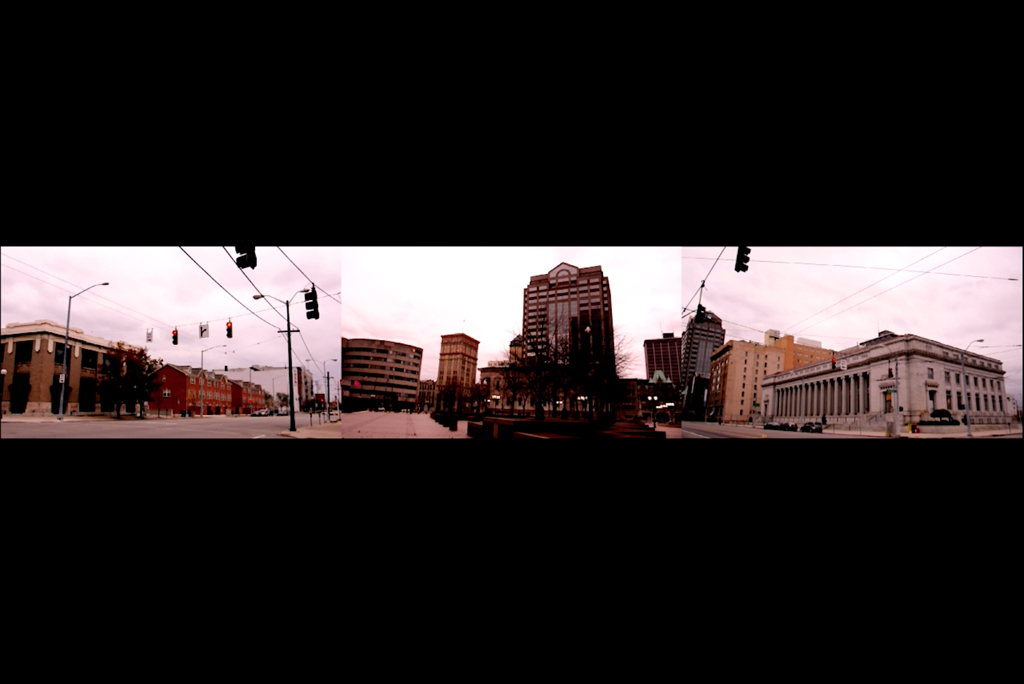 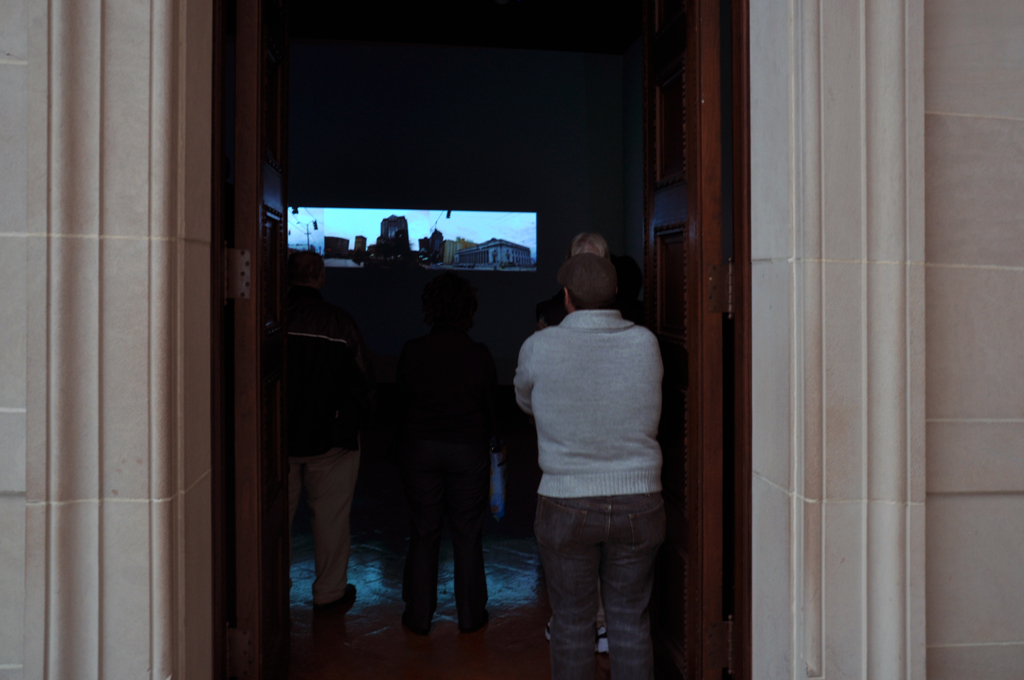 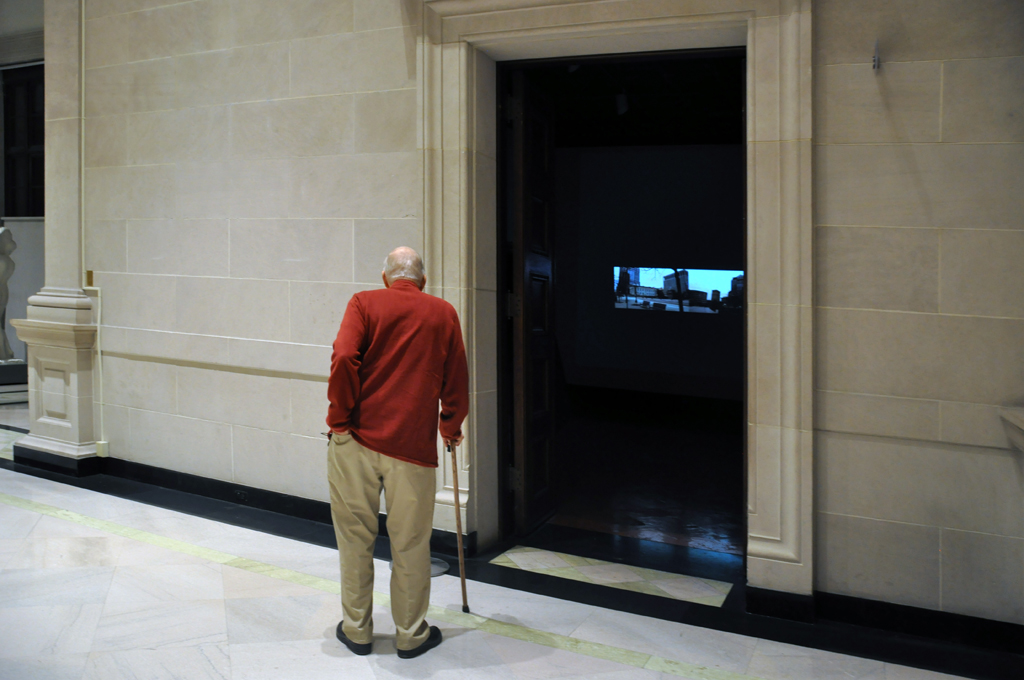 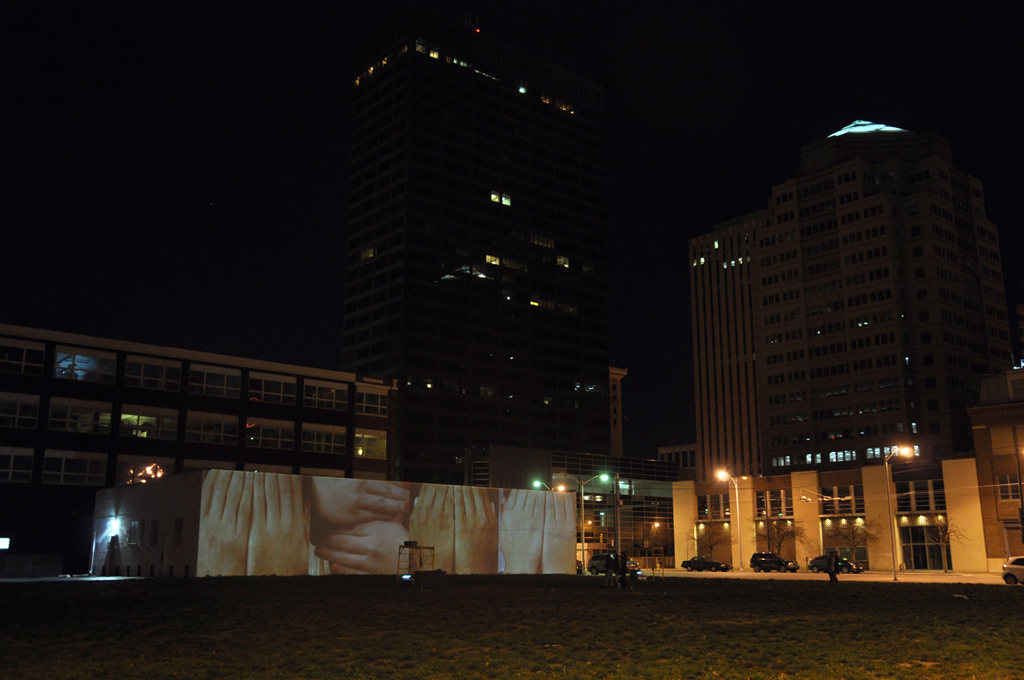 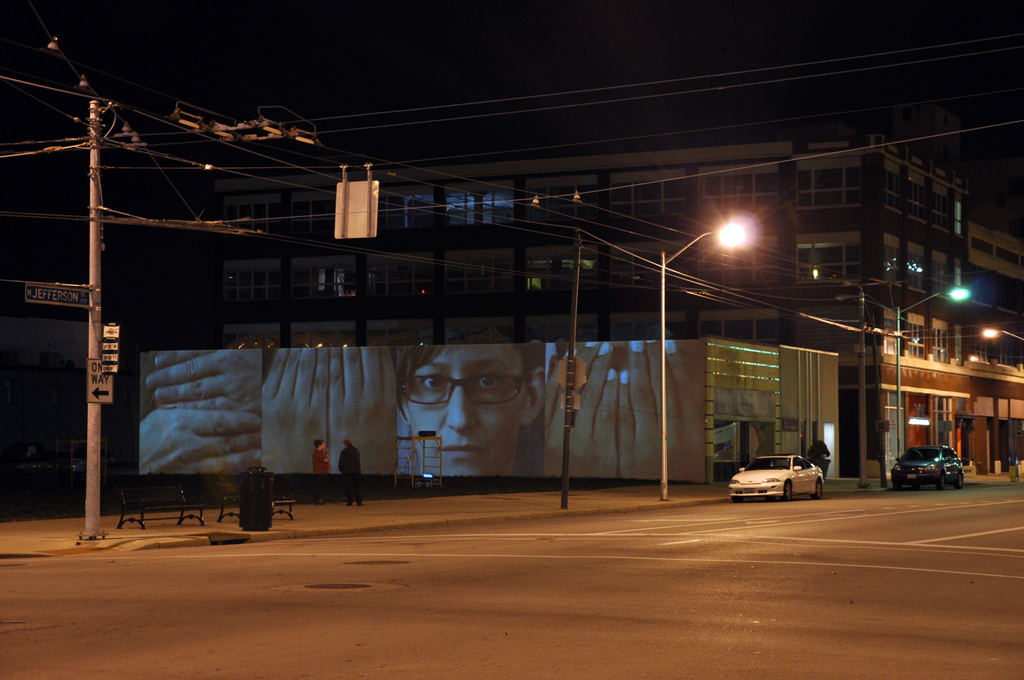 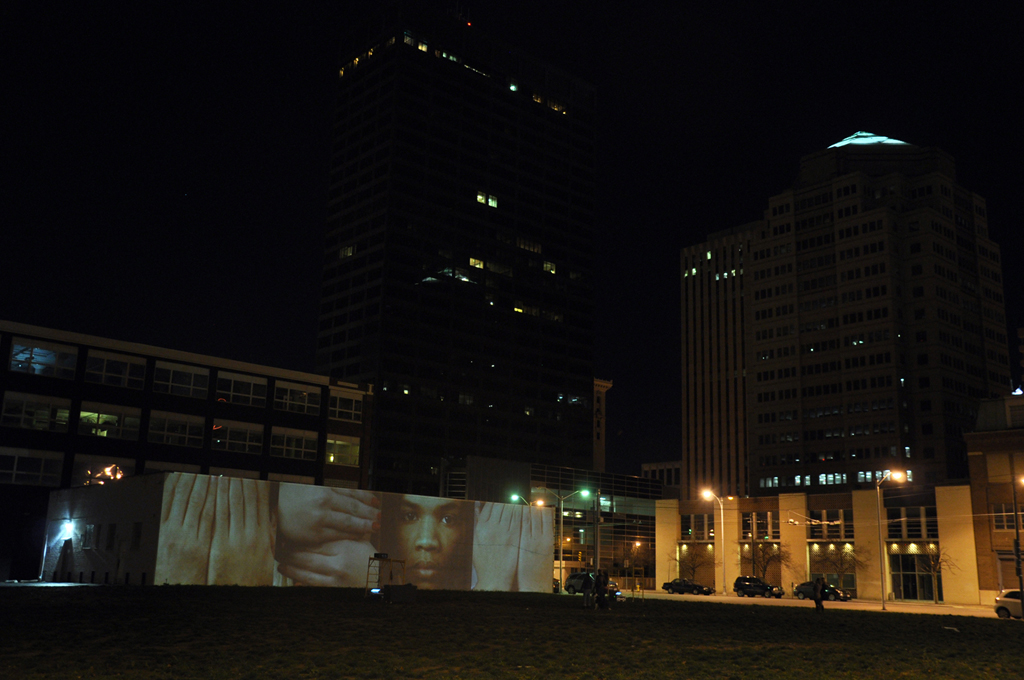 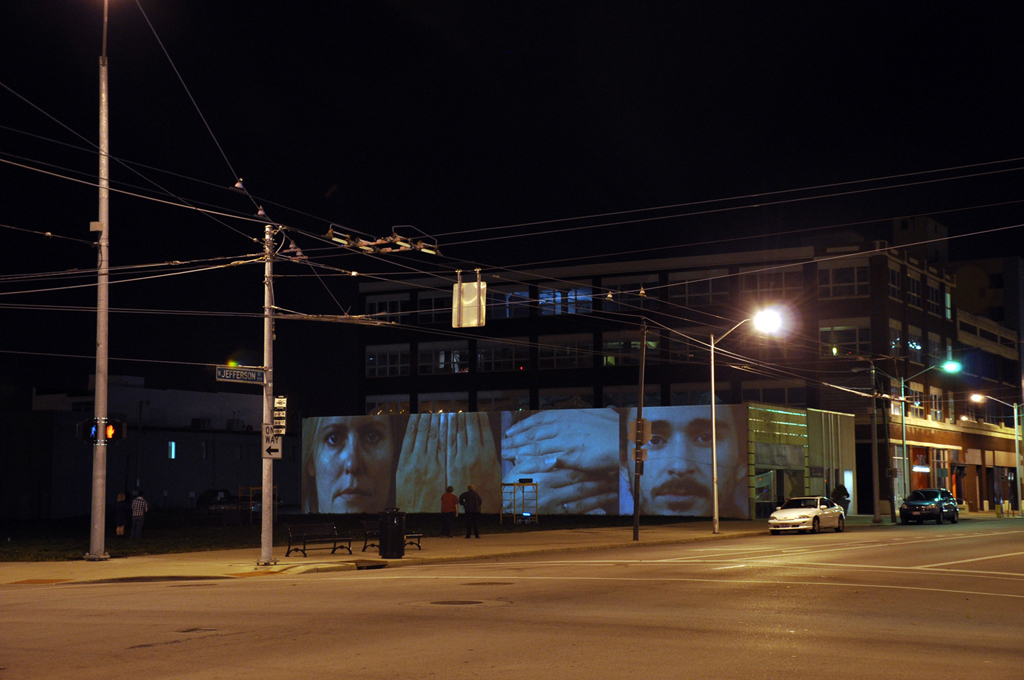