Dies Irae is a Medieval Catholic apocalyptical sequence. This musical piece was written at the times of common preparation for the end of the world. Waiting for the End was an integral part of everyday life. However, the end of the 20th and the beginning of the 21st century seems to contain no less apocalyptical dates than the Dark Ages. The only difference is that today people can choose whether to believe/be involved in this mass hysteria supported by media or not.

There is a video projection of the monastic choir on the wall. As soon as the viewer walks into the active zone that is in front of the video projection, the chorus starts singing "Dies Irae". The number of singers depends on the number of viewers standing before the projection. Moving from one position to another, the viewer activates some of the choristers. In order to hear "Dies Irae" sung by all choristers and get a strong apocalyptical feeling, viewers should gather a crowd before the projection. 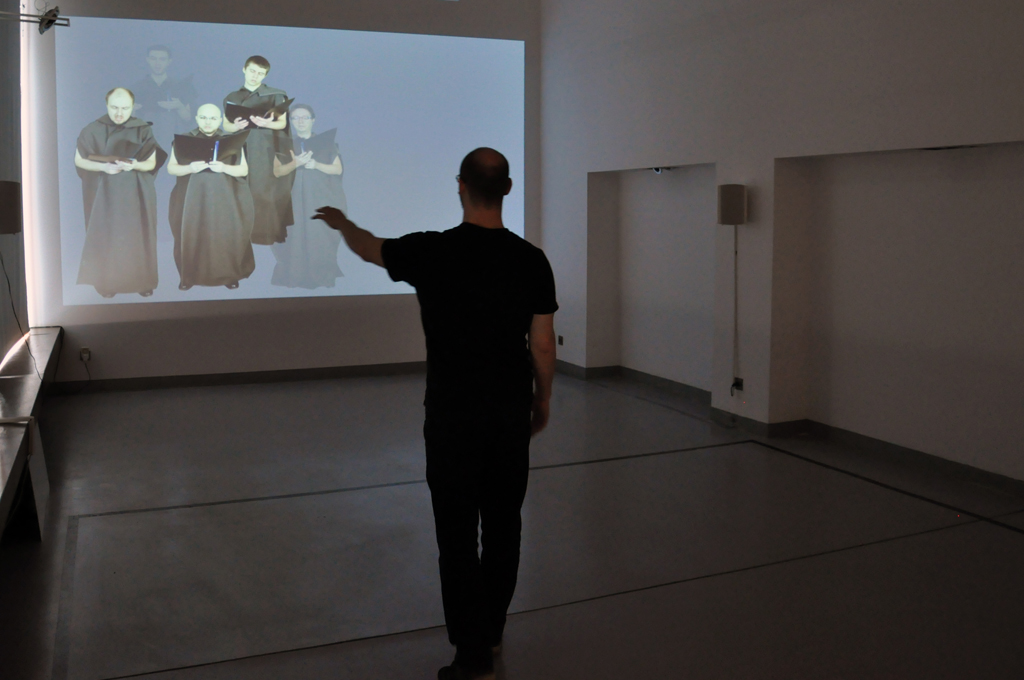 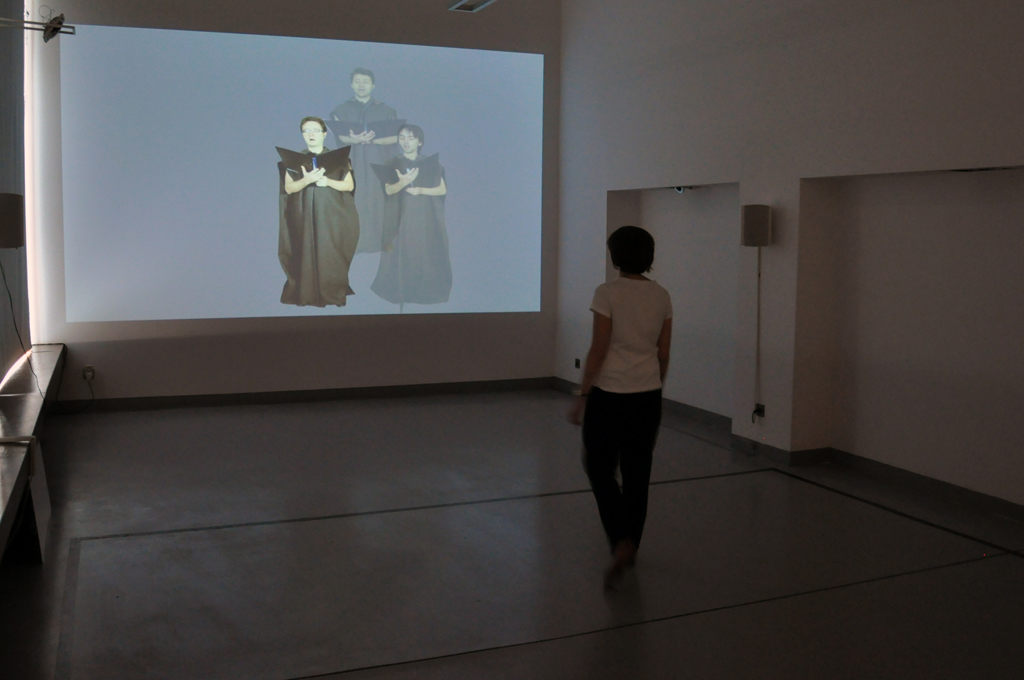 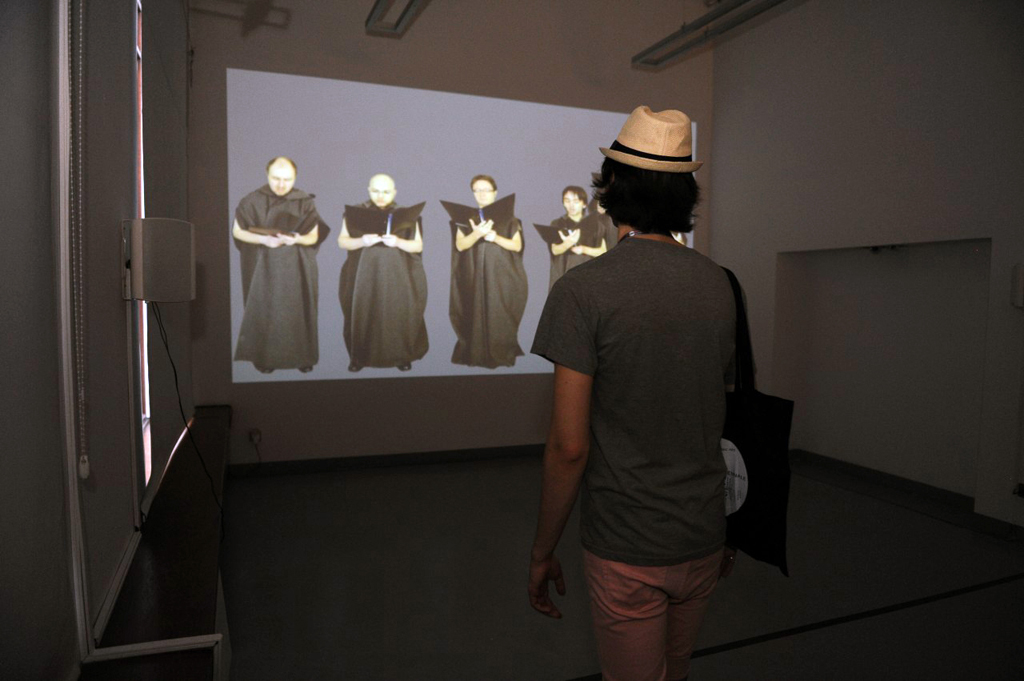 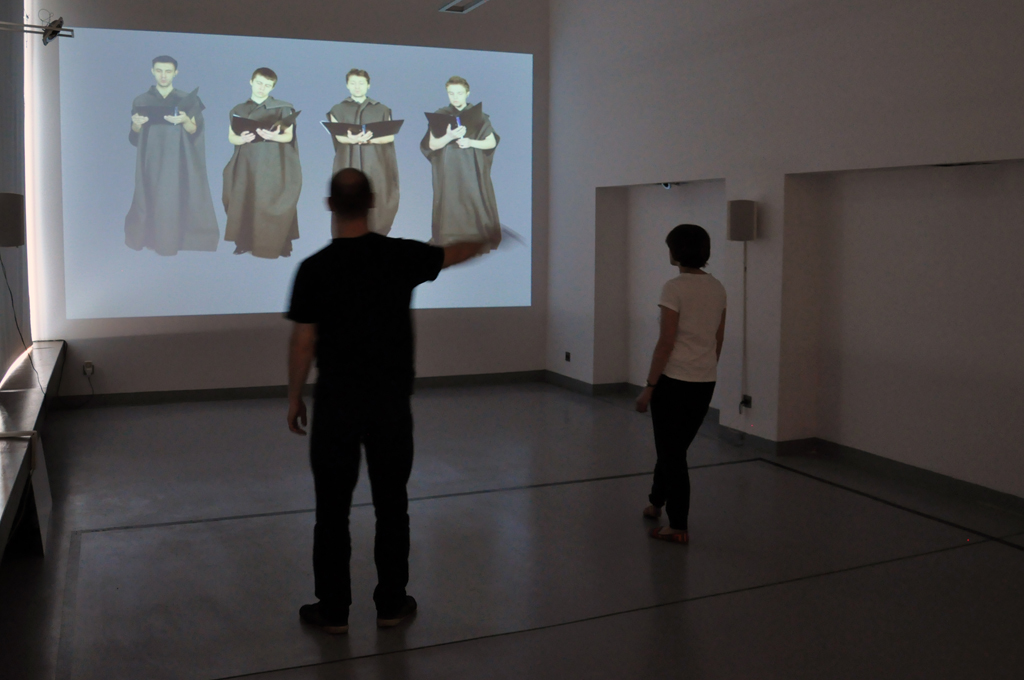