The texts of 180+ national hymns of independent, semi-independent, and partly recognized states and territories are united into one long text in English alphabetical order of the countries concerned. The video displays hymns in the original language and then duplicates them in English. The text as a creeping line slowly moves from the bottom to the top of the screen. Each hymn comes with its melody; the melodies of displayed hymns also united into one uninterrupted musical composition.

Most of the hymns were created at the turn of the 19th and 20th centuries – the time of national movements and the peak of national rise. In the globalized 21st century they sound somewhat anachronistic and do not correspond to the social, cultural, and political realities of today. Each hymn obviously bears a chauvinist character, although they still without reservations remain one of the main symbols of the state.

By combining those hymns into one, the new text is being created, when in the result of coincidence, completely antagonistic texts meet and form a compositional unity. The “united” hymn, moreover, can be understood only in English, a language that embodies globalist tendencies, “blurs” borders, and homogenizes differences.

The unification of hymns’ texts and their melodies forms a visual, textual and audio cacophony that once again sarcastically emphasizes the inappropriateness and archaism of the nationalism in contemporary discourse. 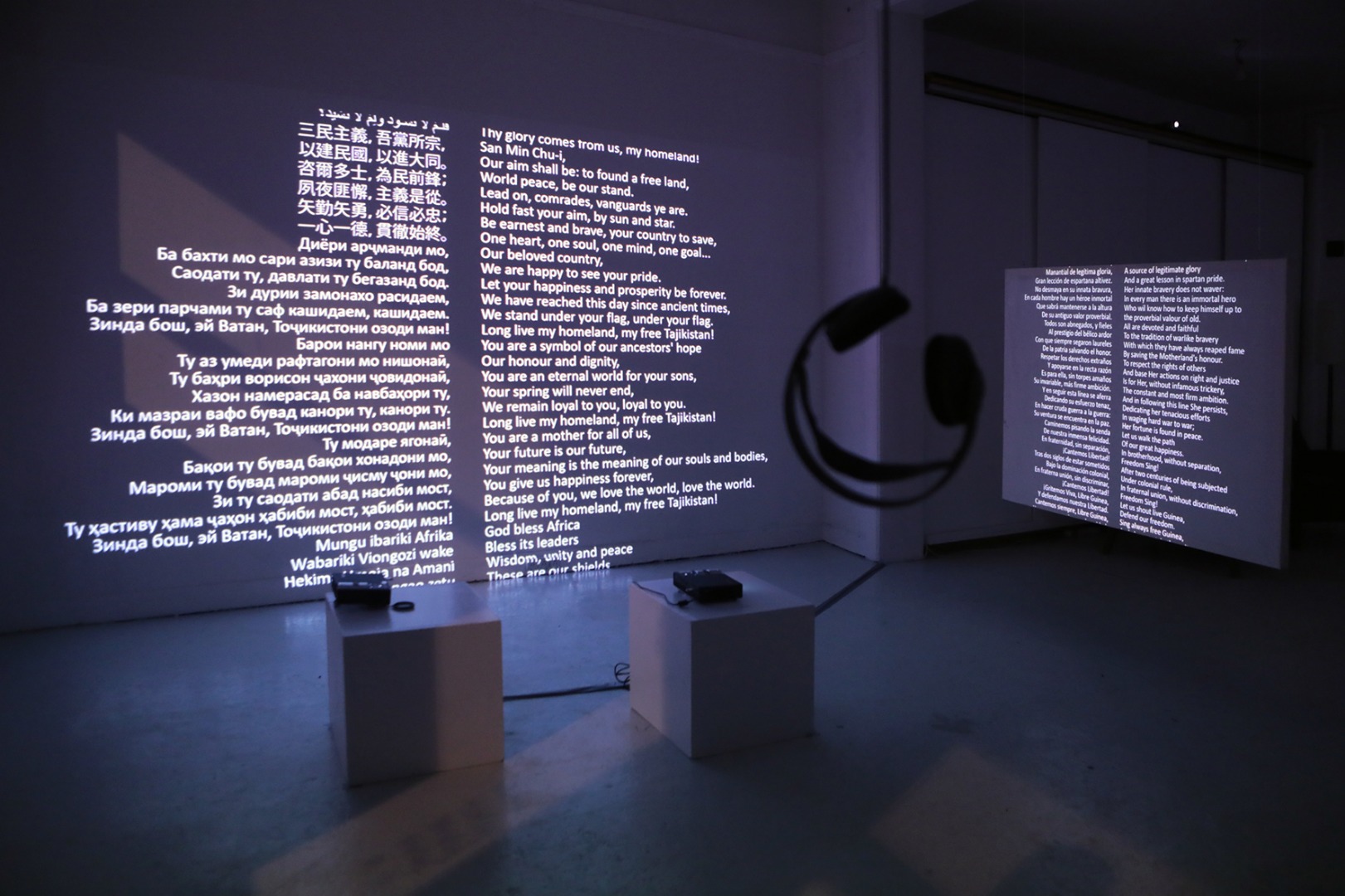 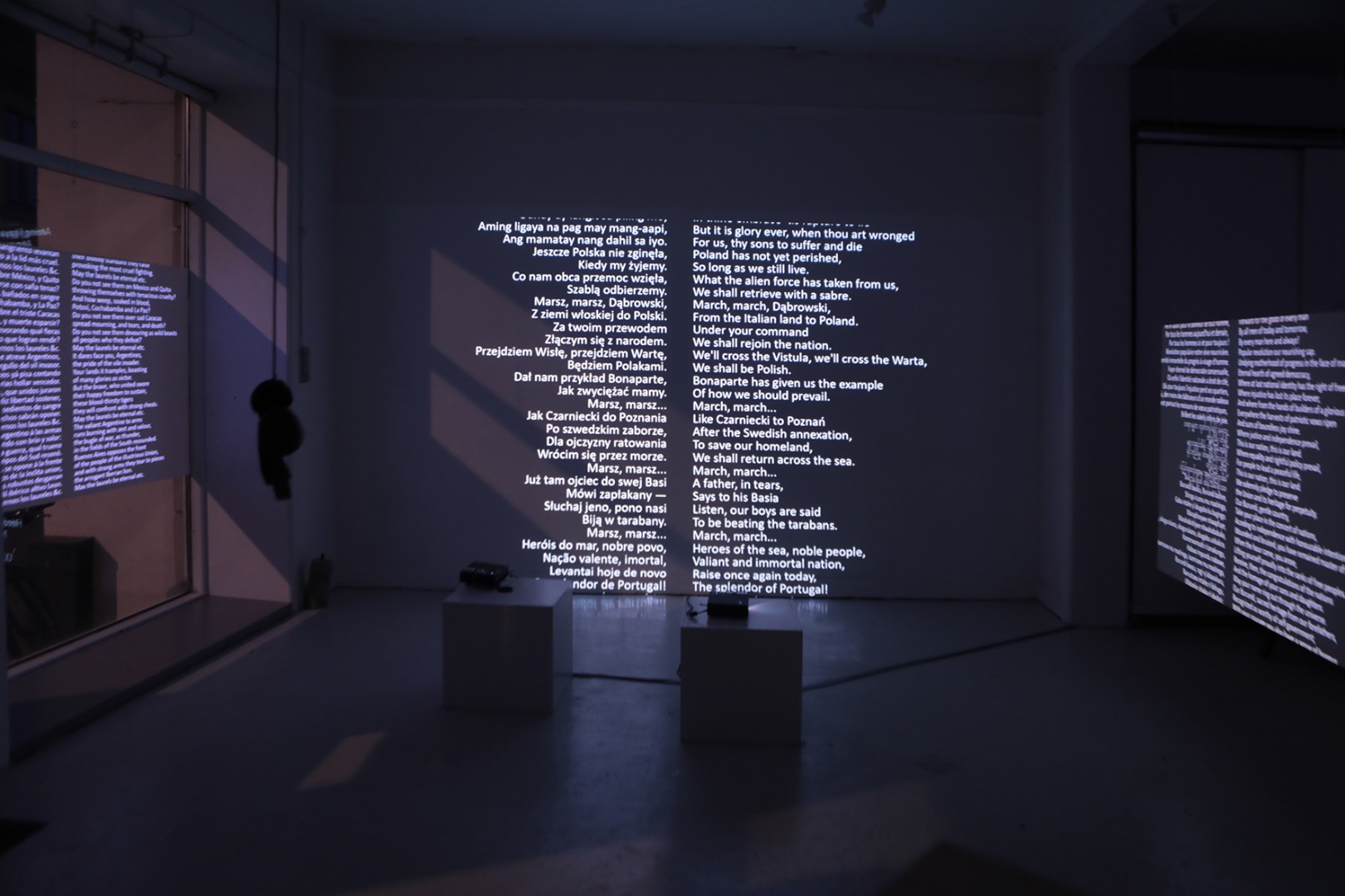 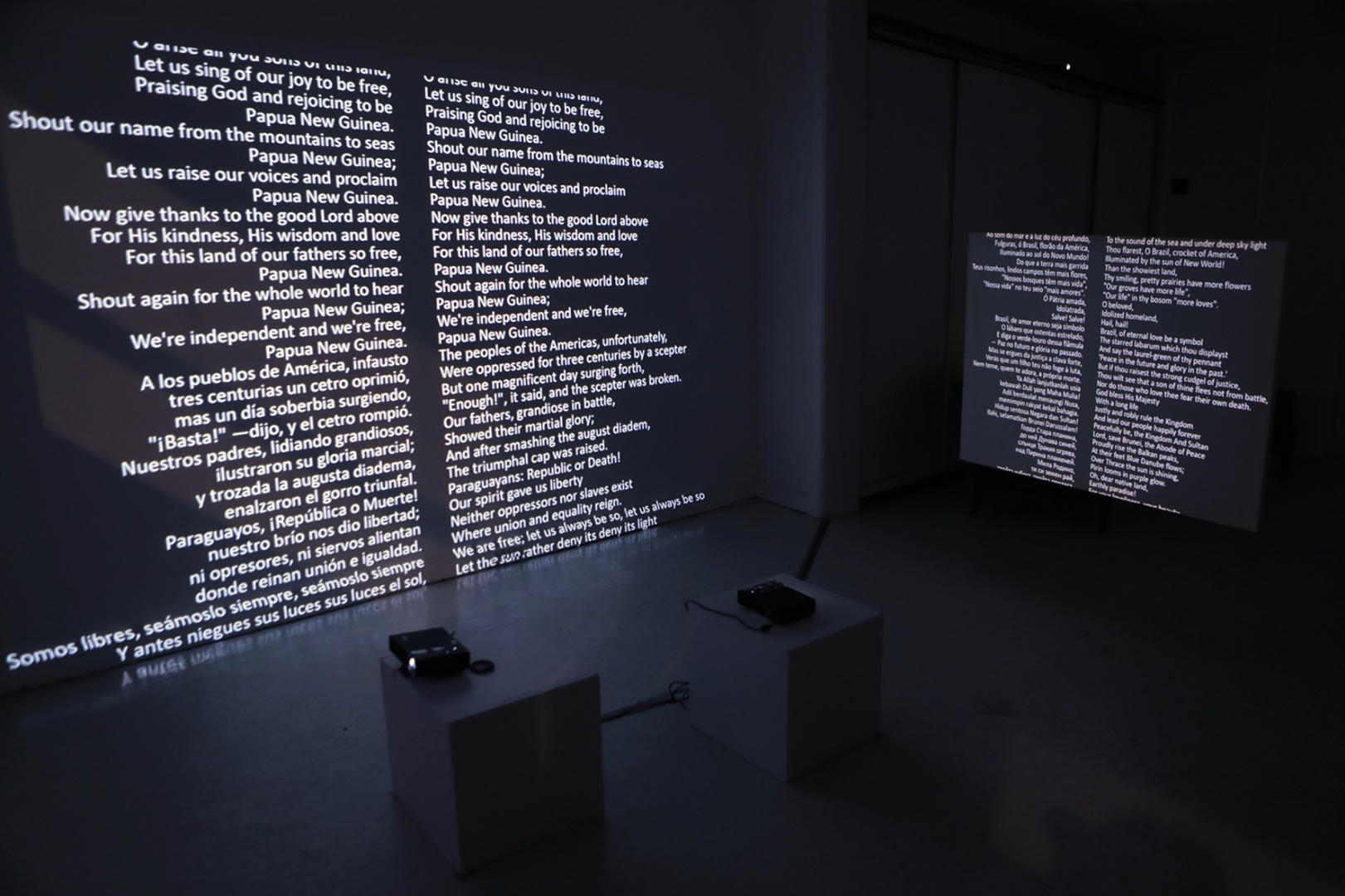 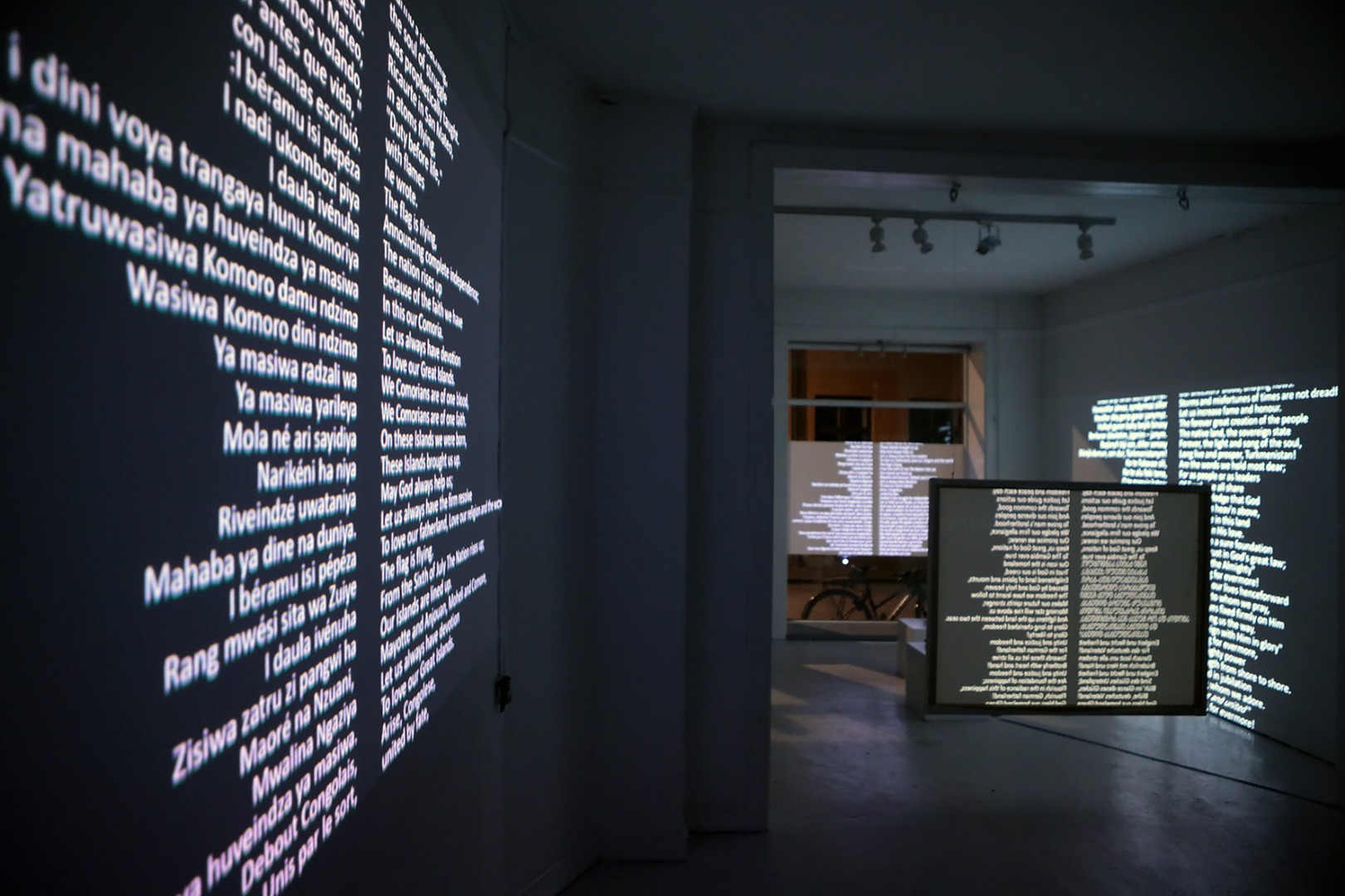